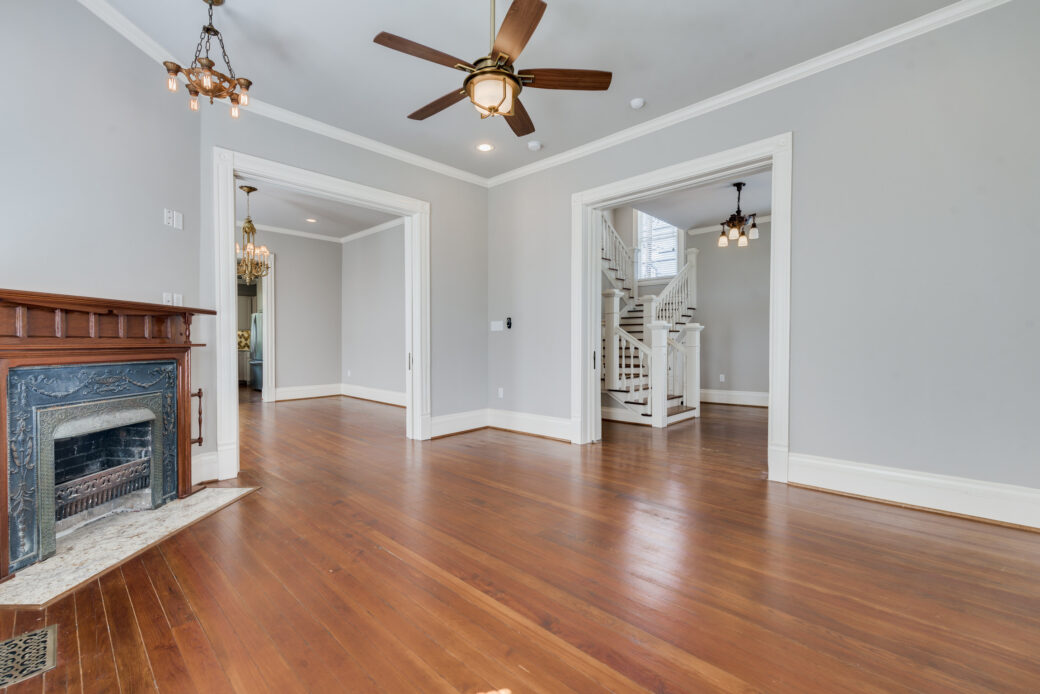 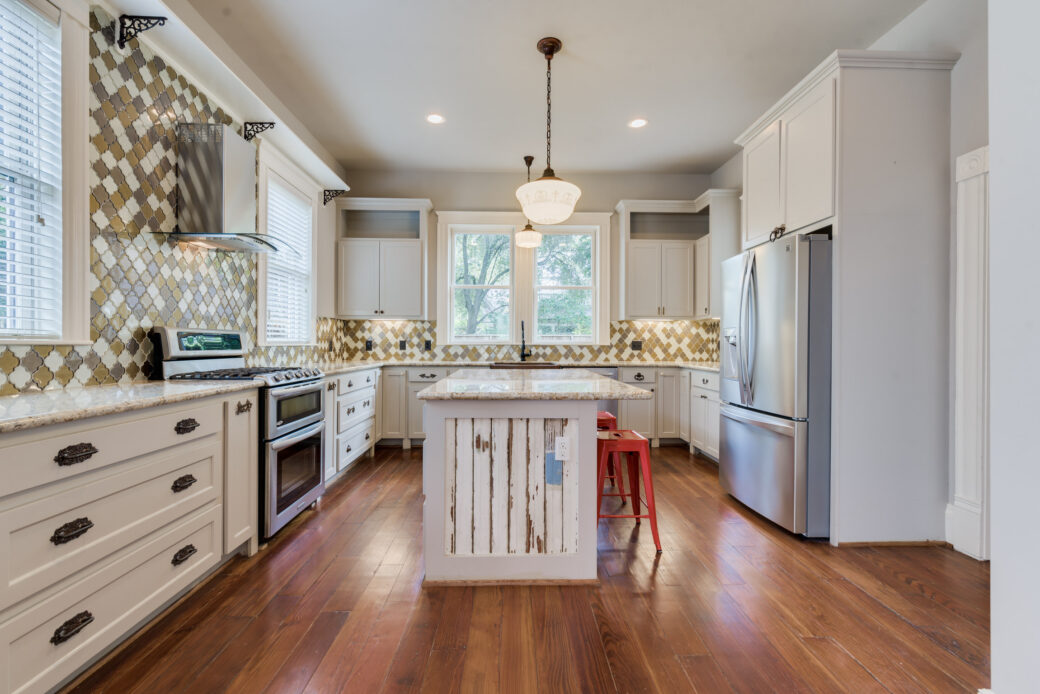 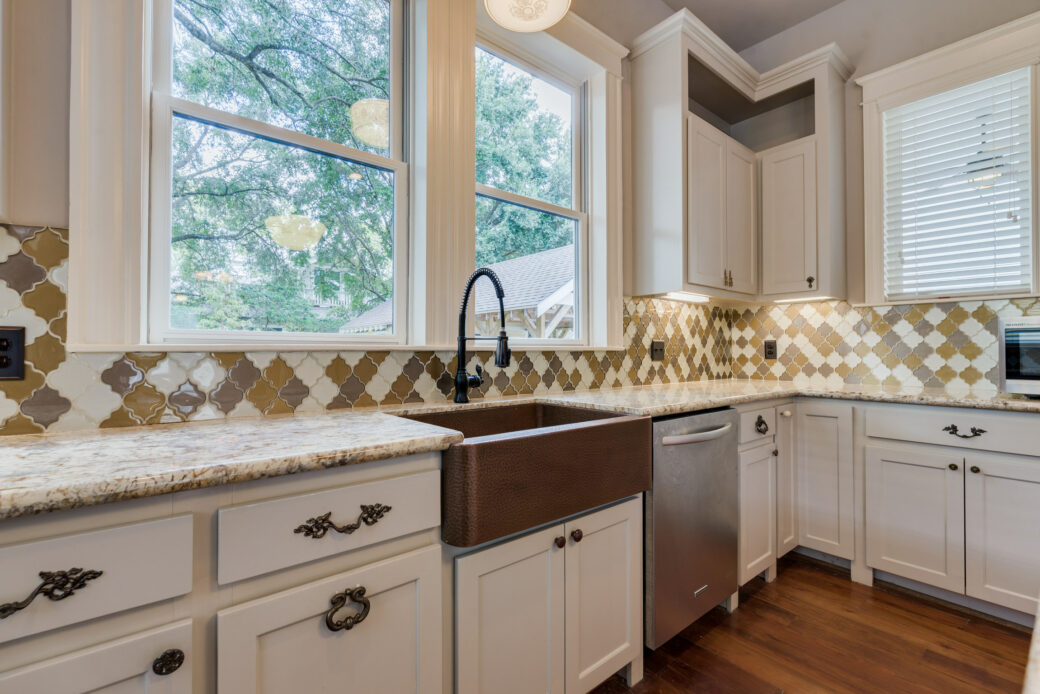 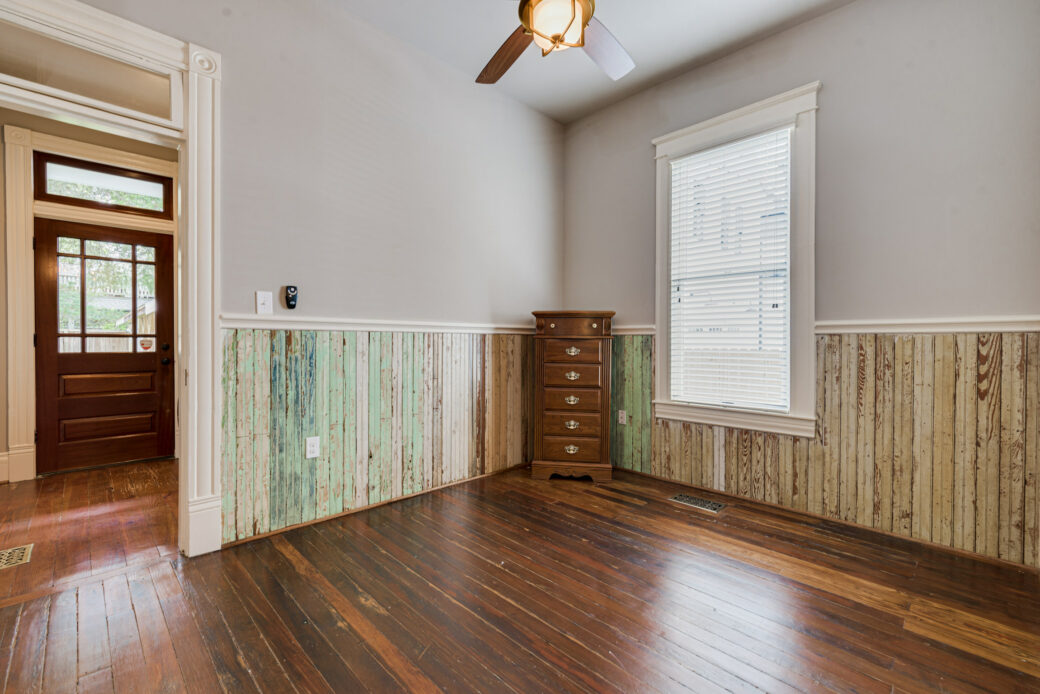 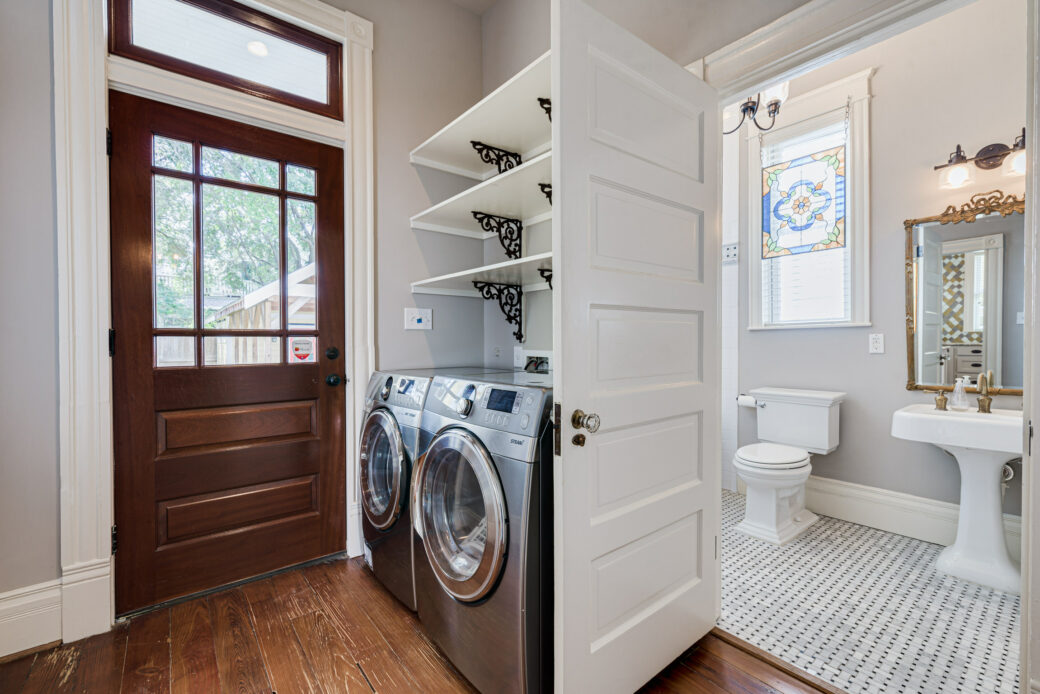 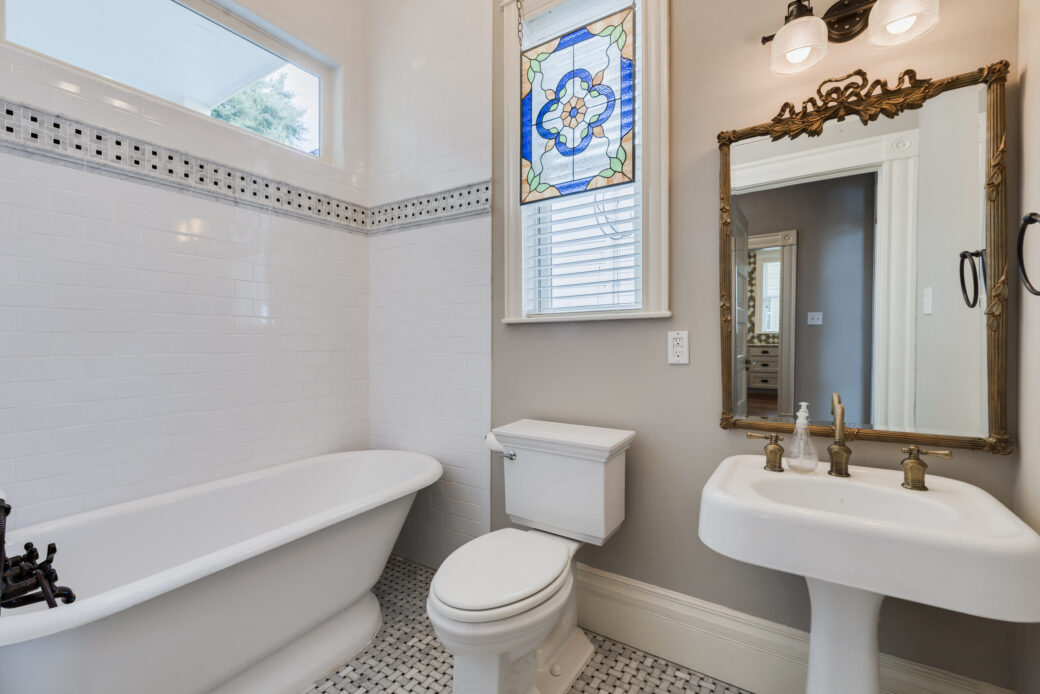 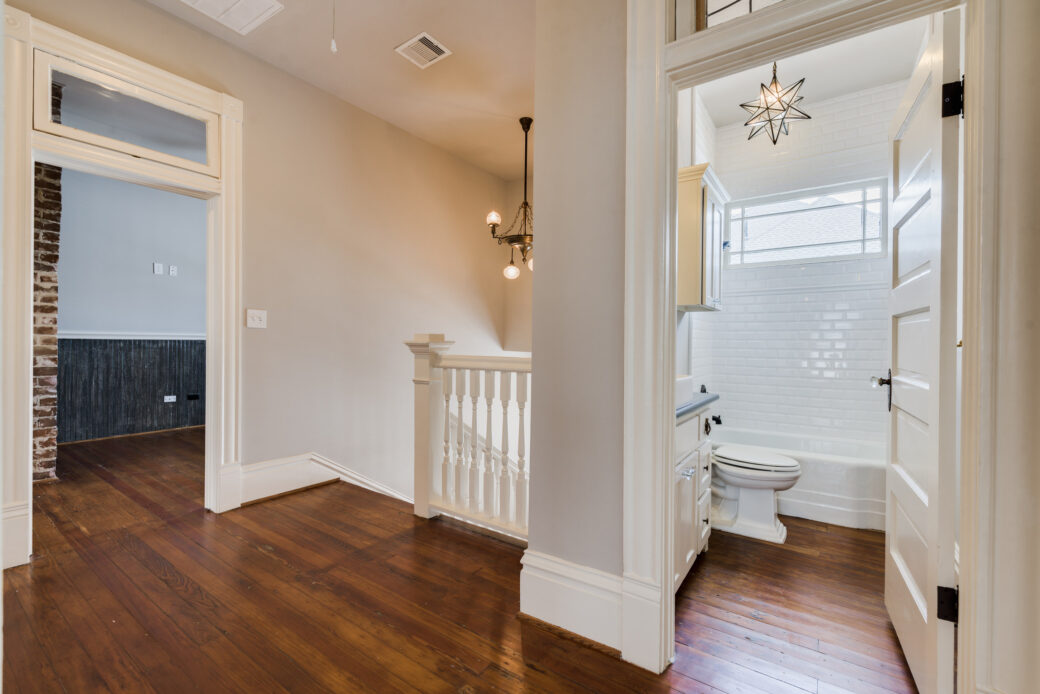 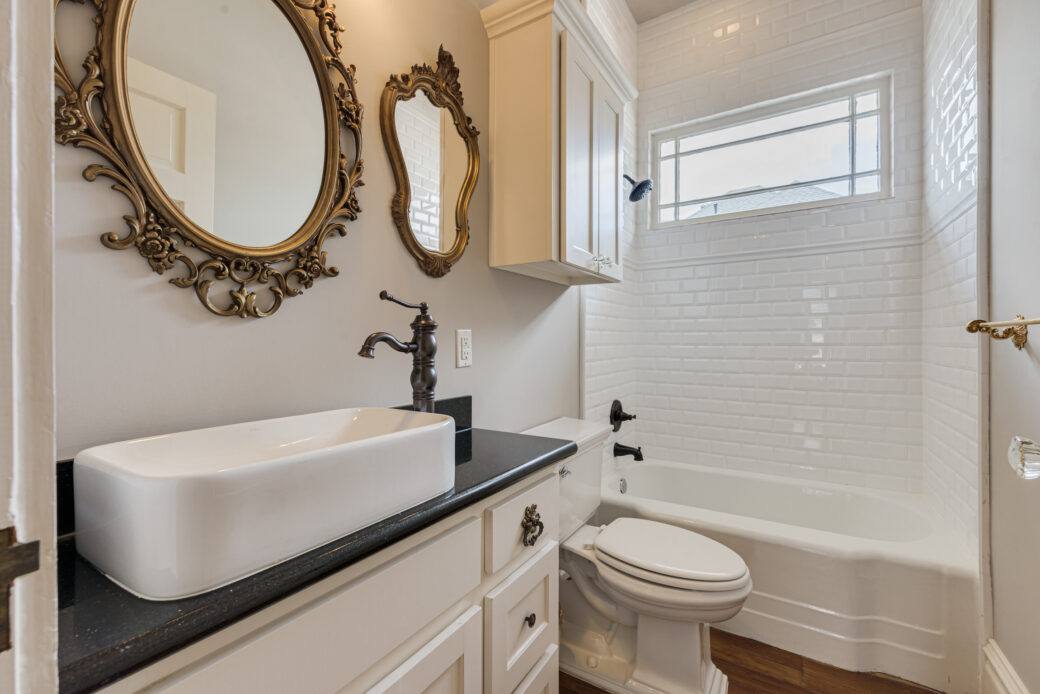 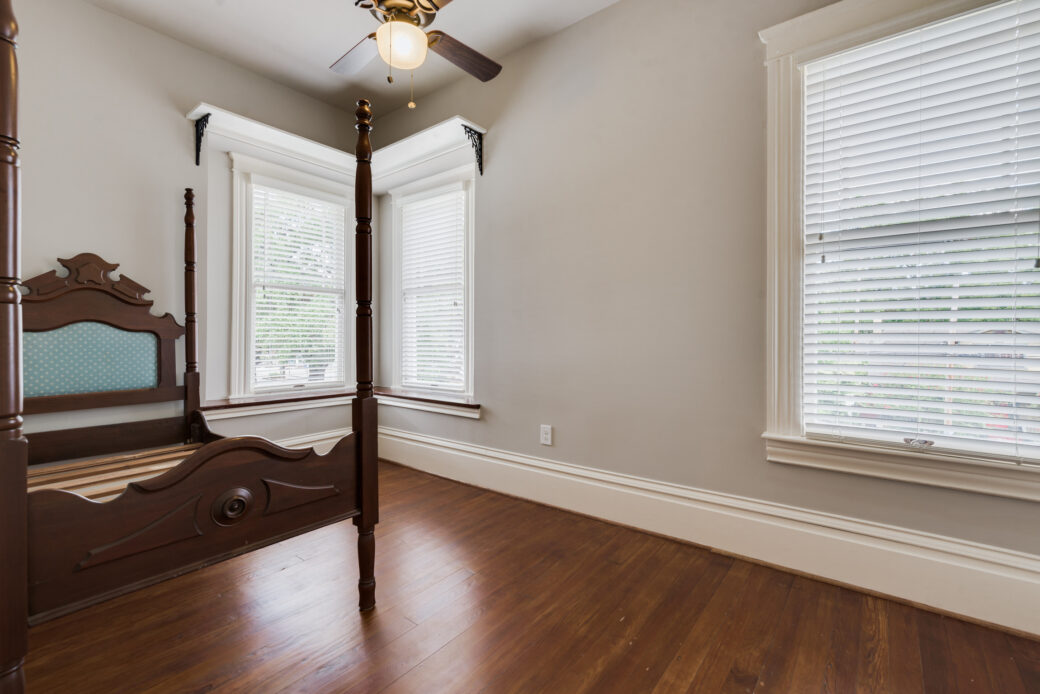 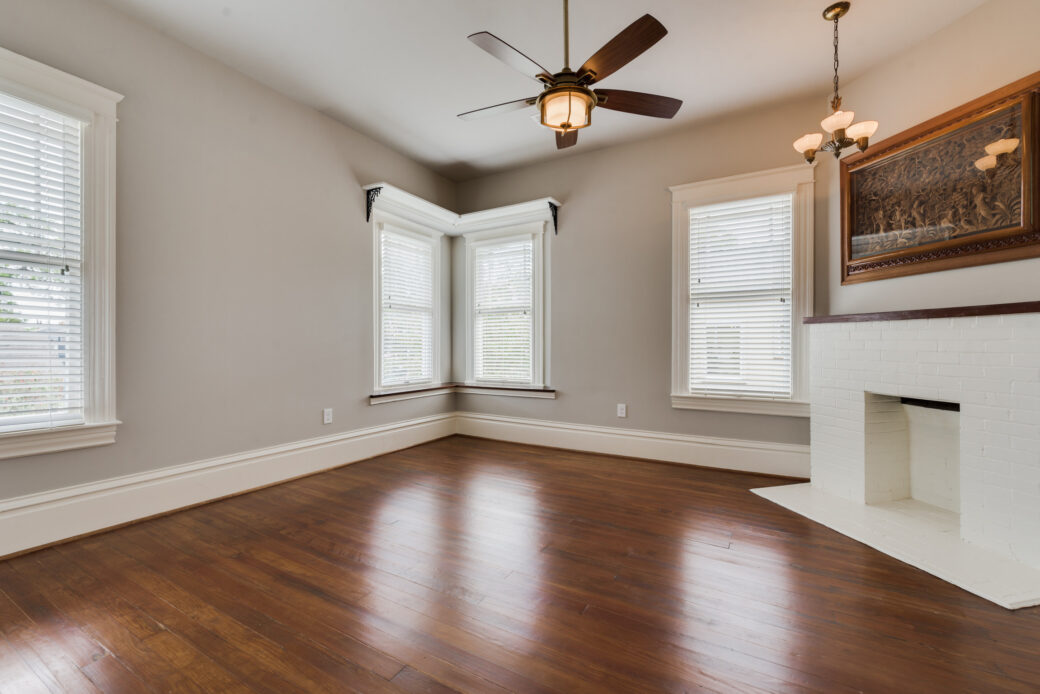 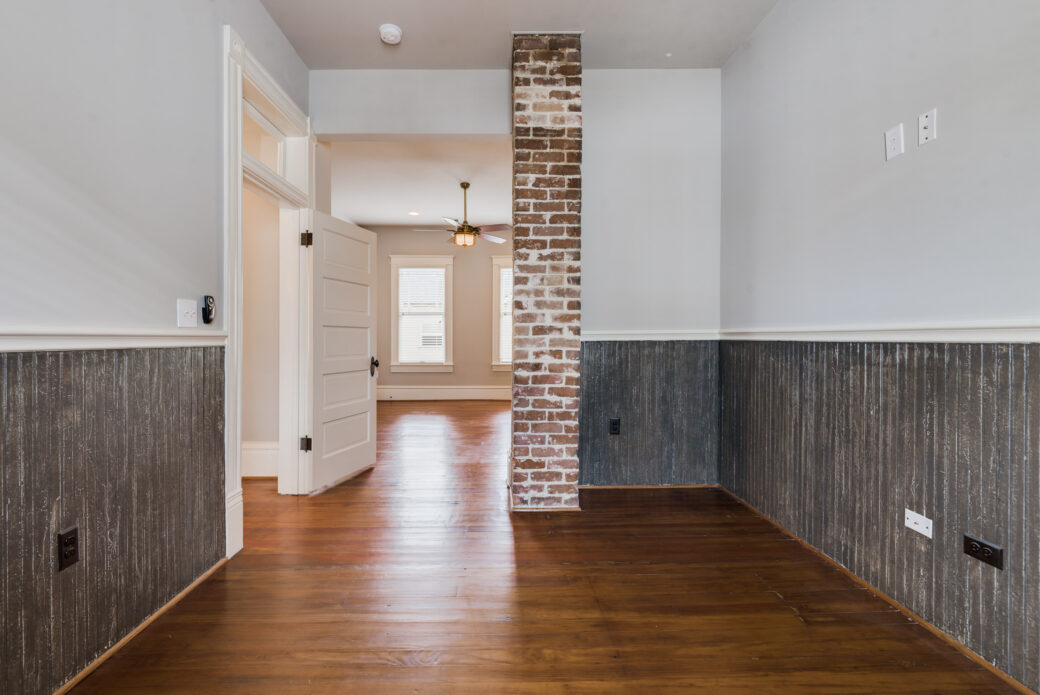 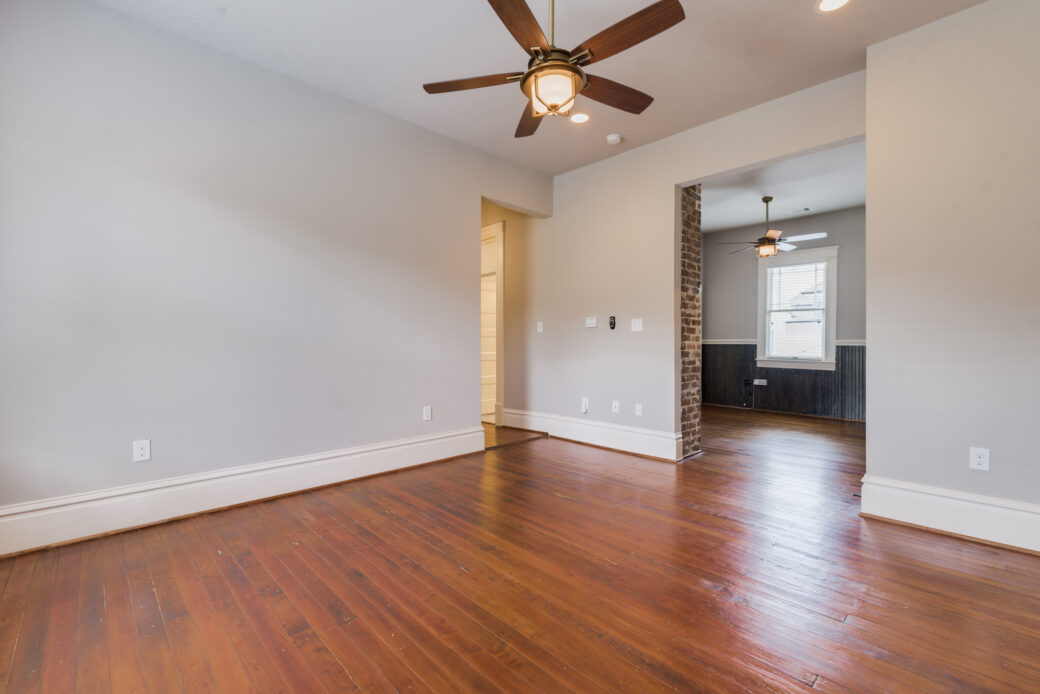 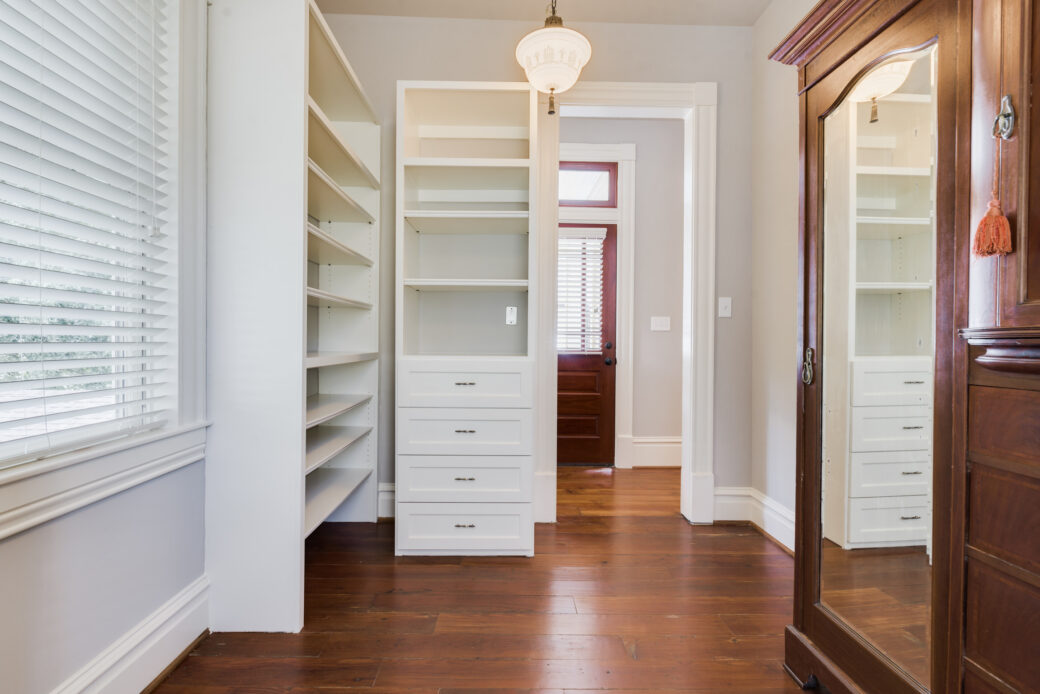 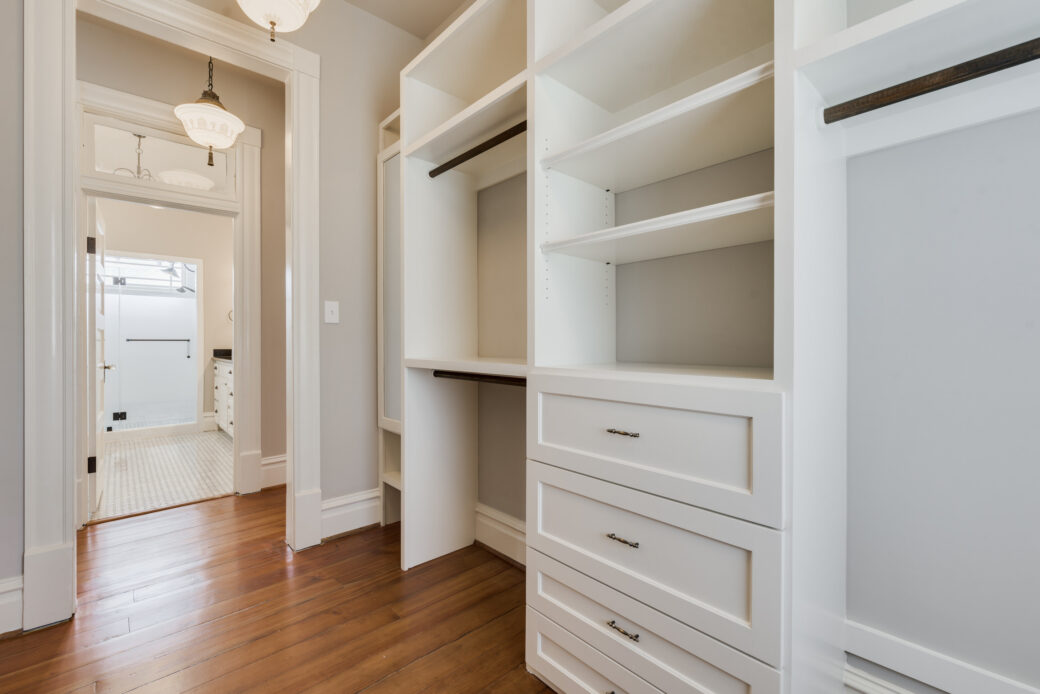 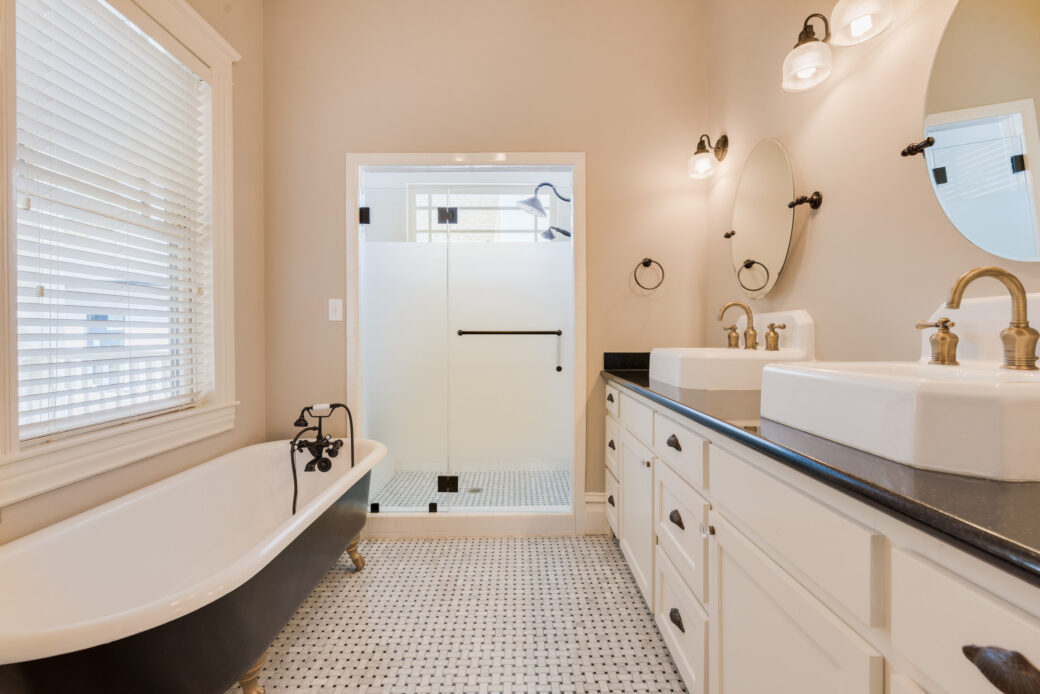 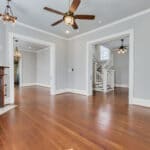 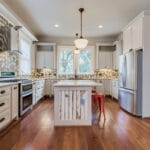 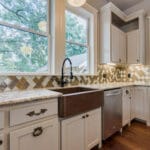 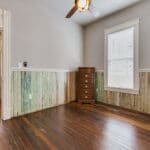 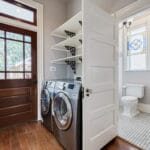 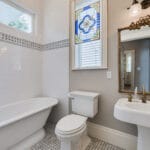 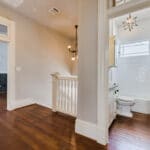 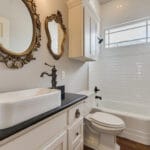 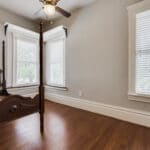 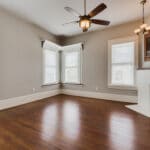 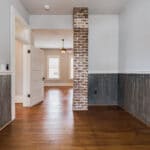 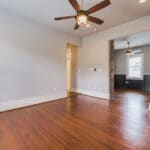 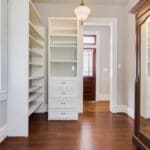 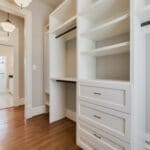 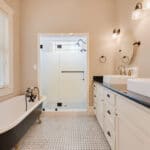 It was a mighty restoration feat taking this 6-apartment, multi-family property back to single-family home. More so, because we lived in one of the apartments during the restoration. But we are so proud to have been able to return this wonderful home to its historic charm and almost original sq footage and layout.

In 1910, the William A. Wilson Realty Company produced a booklet revealing the growth and development of an area north of Buffalo Bayou, called Woodland Heights. The booklet described and included a number of photographs of the handsome houses built by the Company since the opening of Woodland Heights on October 15, 1907. A photograph of the house at 3005 Houston Avenue is on page 3 of this booklet. Research into the deeds show that the house was sold to Oscar C. and Eula Lee Jersig on April 6, 1908. This leads us to believe that 3005 Houston Avenue was one of the first houses built on that street, and likely one of the earliest built in Woodland Heights.

In 2014, we purchased the home and set to work to Respectfully Restore – tearing off poorly built additions/lean-to’s, rebuilding and shoring up walls/floors/ceilings as the entire house was just tired and had been neglected for so many years with its non-stop revolving door of tenants. We also sensitively added on a small amount of sq footage to the back of the house, turning this 2-story house into a 4 bed / 3 bath home, sited on a 6,500 sf lot. At the end of the project, the garage apartments were torn down, allowing for that space to become a large backyard, fully enjoyed by 3 happy, jolly pups.

*3005 Houston Ave is a 2017 Good Brick Award winner. Presented annually by Preservation Houston, a non-profit organization founded in 1978 to preserve Houston’s local culture of diversity, invention, vitality and can-do spirit by celebrating and revitalizing our historic buildings, neighborhoods, and places

***On Feb 28, 2017, City Council made it official with a unanimous vote for Protected Landmark designation for The Oscar C. Jersig House